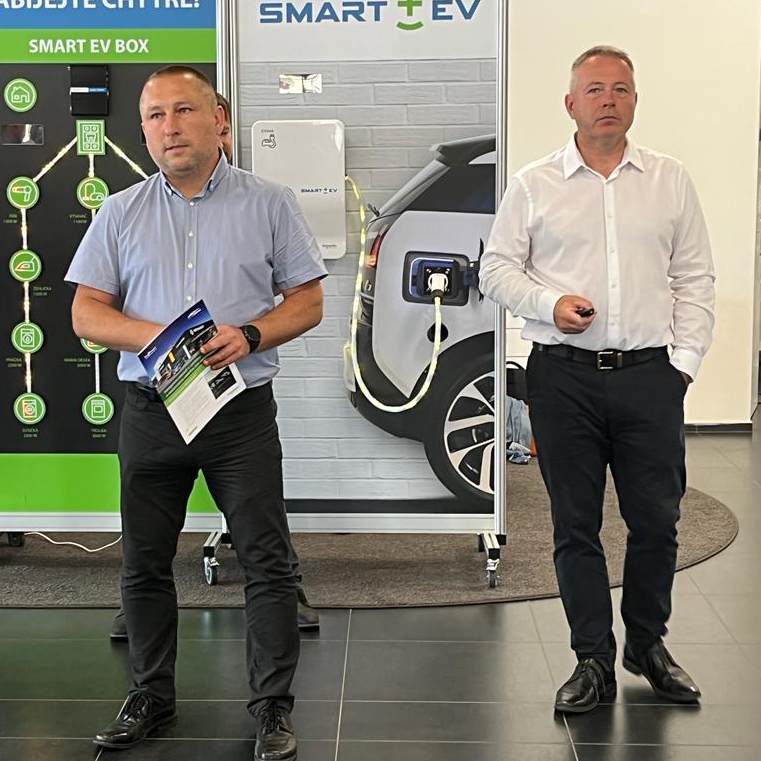 The energy from the distribution network, photovoltaic power plant and batteries is now used by Auto Kubíček in Olomouc thanks to the unique EMA microgrid.

It includes a software application that is able to manage the energy flow for the operation of the car showroom and the charging stations for electric vehicles in order to achieve the most efficient management. Researchers from the Centre for Energy and Environmental Technologies (CEET) at VSB-Technical University of Ostrava took care of the interconnection and intercommunication of technologies from several suppliers.

“As there were several suppliers of the system components, our task was to coordinate the individual technologies so that they complemented each other, communicated with each other and the energy supply was controlled both in terms of power and capacity. The aim is to coordinate the energy flow according to the need and availability so that the use of renewable energy sources is as high as possible and the energy flow from the distribution network is reduced,” explained Lukáš Prokop from the ENET Centre, which is part of CEET. Together with other colleagues, they worked on coordination in battery sizing, PV plant sizing calculations, charger management, and recommended stable companies which they already have good experience with.

The system is exceptional because of the number of companies involved. “It was not easy to teach the different technologies to communicate with each other. And not only technically, for example the billing system had to be adapted and so on. Each company has its own standard procedures, but each of the participating companies had to deviate a bit from its standard to make the result functional,” Prokop added.

The second task is to create a 3D visualisation that would explain the operation of the system to the general public. “We have to make everything understandable and not overwhelm the layman with unnecessary technical details. This task awaits us in the coming weeks,” said David Seidl from CEET, who said that the preparation of the visualisation will be supported by the Innovation Voucher of the Ministry of Industry and Trade.

The microgrid and the technologies involved are not unfamiliar to researchers. A similar microgrid has been set up for research purposes at the VSB-TUO campus and a system similar to EMA will be set up at the CEETe centre, which is currently under construction.

“The EMA operating in Olomouc is in its basic version. There will be a similar version in CEETe, but more devices will be integrated into it. While the commercial Olomouc microgrid uses only photovoltaics in addition to the normal energy from the distribution grid, in CEETe we will also have a cogeneration unit for generating electricity from gas, hydrogen technologies that can function as storage and so on,” added Seidl.

The MicroGrid EMA presentation took place in Olomouc at the end of June. The partners involved also presented their contribution to the joint project. In addition to CEET at VSB-TUO, these included Schneider Electric, Elkov Elektro, ElektroMar, Eicero, Smart-EV, Nano Energies and Eternal Electric.