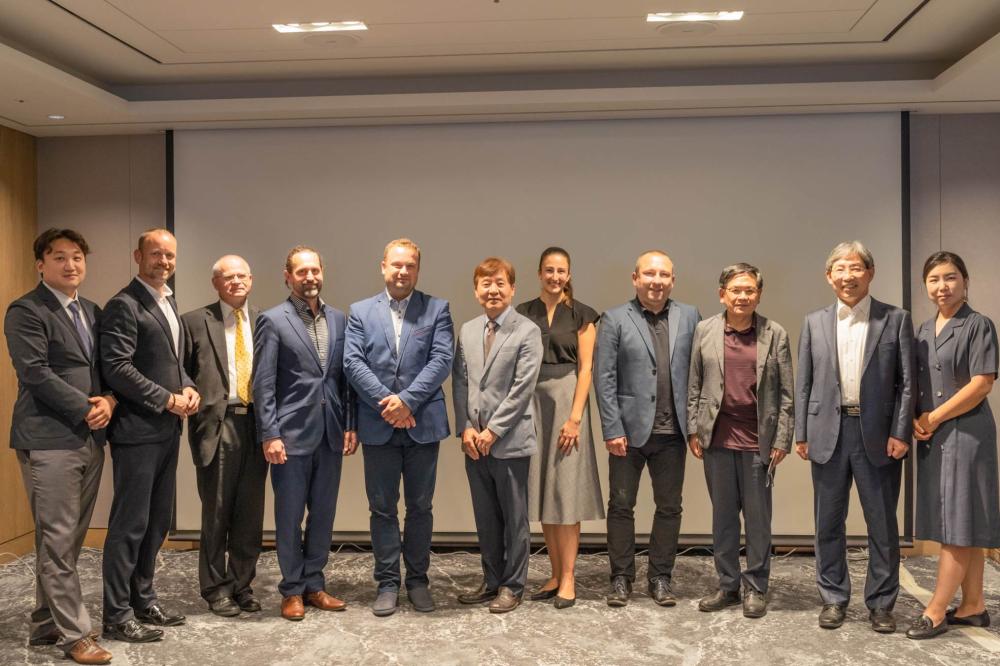 Another step towards mutual research cooperation was reached during the visit of representatives of the Centre for Energy and Environmental Technologies (CEET) and the Faculty of Safety Engineering (FBI) to the Republic of Korea in June.

As members of a government delegation, they visited energy facilities on the South Korean island of Jeju as part of the Knowledge Sharing Program, in which VSB-Technical University of Ostrava participates, and sought opportunities for joint projects and publications with partners.

“After the visit of our Korean colleagues to the Ostrava Technology Centre in April, where we presented our technologies, we had the opportunity to see the facilities and capabilities of our Korean colleagues. From these introductory meetings, it became clear that there were certain intersections and directions we could take together. At the end of July and at the beginning of August, we arranged an online meeting to discuss specific issues. We would like to prepare joint publications and a joint project from the Delta programme of the Technology Agency of the Czech Republic, which is focused on international cooperation,” said Lukáš Prokop from the ENET Centre, which is part of CEET.

Three research areas seem to be the most suitable for cooperation. The first is the management of microgrids for renewables and storage systems, the second is the reliability of power grids and their resilience to outages, and the third is the alternative use of electrical vehicles in the context of V2G (Vehicle to grid), a technology that allows energy to be fed back into the grid from the electric vehicle battery, or V2H (electric vehicle to household).

“Korean carmaker Hyundai is one of the companies that is quite advanced in using this system. We had the opportunity to see their pilot project where 22 electric cars were used as batteries to power the office. We also visited the renewable energy control centre on the island of Jaju, from which 40 percent of the electricity there is generated. This is an energy dispatch centre where it is possible to monitor what is happening on the island in terms of sustainable energy. It was also interesting to visit a monitoring facility that tracks the flow of electricity from the mainland to the island through undersea cables and oversees their safety and operation. About 20 per cent of the electricity flows to the island in this way,” Prokop explained some of the experience.

“Resilience and protection of these elements of critical energy infrastructure is one of the important areas in which we would like to develop further research activities with experts from South Korean universities and research institutions,” added David Řehák from the Faculty of Safety Engineering, who also participated in the visit.

Despite minor differences, experts say energy technologies in both countries are similar, which creates great opportunities for mutual cooperation. “We have a lot to offer each other. Apart from research institutions, Korean companies located in the Czech Republic that want to establish business contacts are also potential partners,” Prokop concluded.