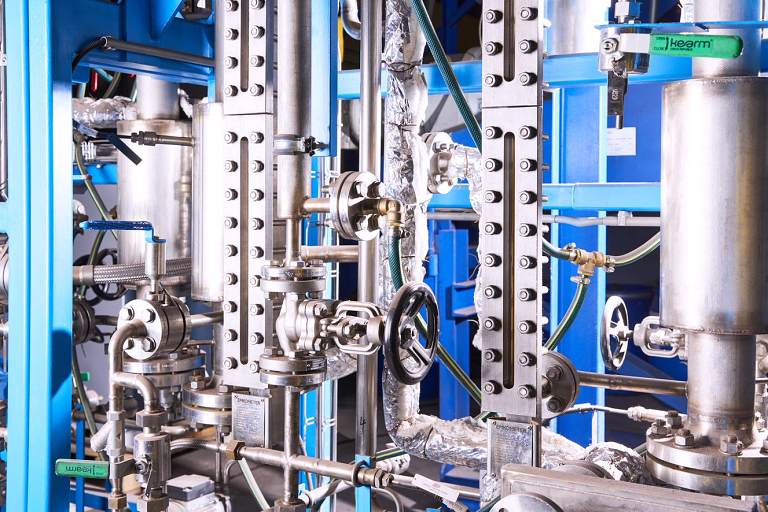 To convert at least part of the waste into a source of alternative energy or to obtain other valuable products. This is the main goal of the cooperation between the Centre for Energy and Environmental Technologies (CEET) at VSB-TUO and the municipal companies DISTEP and Frýdecká landfill in Frýdek-Místek. The researchers have already completed their first studies and experiments.

The partners committed to cooperation by signing a memorandum of understanding last November. The city of Frýdek-Místek, through the municipal companies DISTEP and Frýdecká landfill, concluded the agreement with VSB-TUO, and the research is being carried out by CEET staff.

"Since the signing of the memorandum, we have completed the first study where we have undertaken preliminary testing of the potential fuel - solid components of municipal waste containing plastics, textiles, paper, and wood - for possible processing by thermochemical processes, especially pyrolysis. In the second phase, we tested the transformation of this fuel in our pyrolysis unit at the Technology Centre in Ostrava-Vítkovice," said Václav Peer from the ENET Centre, which is part of CEET.

By thermochemical treatment, the researchers want to convert the solid components of the waste into a liquid phase - fuel oil, which could be used as an alternative fuel. Great emphasis is placed on the use and disposal of waste on site. "The waste, or at least a large part of it, should be recycled at the place where it is generated, usually in the city. At the same time, this is where there is the greatest demand for energy. If we can transform waste into alternative fuels in an environmentally friendly way on site and consume them on site, this will be beneficial both for the environment and the economy. Among other things, it will be possible to replace at least part of the current energy sources and thus increase energy self-sufficiency and reduce costs," explained Peer.

According to experts, a number of aspects argue for the search for new forms of waste management. These range from the need to switch from fossil fuels to alternative energy sources, rising energy prices, the need to reduce dependence on foreign energy sources, and the need to reduce the amount of landfill waste. Although national and European strategic documents state that using landfill is the least appropriate way of managing municipal waste, according to a recent report by the Czech Republic Supreme Audit Office, landfill remains the most used method in the Czech Republic. In 2020, 48 per cent of municipal waste ended up in landfills in the Czech Republic, 39 per cent of waste was materially recovered, i.e. reused or recycled, and only 13 per cent of waste was used for energy recovery.

Managing waste at the site of generation has other benefits. For example, waste transportation and the need to build large incinerators are eliminated. The solution being developed by CEET scientists should be feasible in the near future.

CEET has a relatively broad portfolio of companies with which it cooperates in the energy sector. However, this cooperation on waste transformation is the first of its kind.